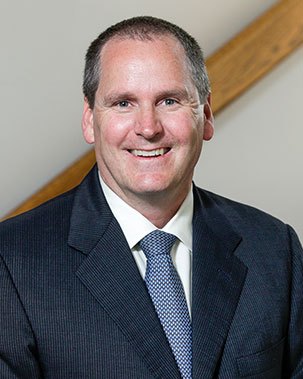 John clerked for the Honorable Patricia Del Bueno Cleary, P.J.Ch. He has concentrated his practice in elder law since 2000.

John has been made a member of the Council of Advanced Practitioners (CAP) of the National Academy of Elder Law Attorneys (NAELA). CAP membership is limited to those NAELA members who have been members of NAELA for 10 years or more, who have a Martindale-Hubbell rating of AV, and who are Certified Elder Law Attorneys. Membership in CAP is by invitation only and is designed to recognize those members of NAELA who are perceived to be innovators in the field of elder law and instrumental to the future of elder law. John was the Chair of the Litigation Committee of the National Academy of Elder Law Attorneys, the committee responsible for deciding whether or not NAELA will participate in particular litigation throughout the United States.

John is the past Chairman of the Elder Law Section of the New Jersey State Bar Association’s Elder and Disability Law Section.

John is a recipient of the New Jersey State Bar Association, Elder and Disability Law Section’s, Distinguished Service Award. The Distinguished Service Award is made in recognition and appreciation for outstanding advocacy and service to New Jersey’s seniors, those with disabilities, and the legal profession. There are only a handful of elder law attorneys who have ever received this award.

John is the author of the leading book on the subject of elder law in the state of New Jersey, entitled New Jersey Elder Law: A Resource and Planning Guide (Click here to purchase). John’s book is published by American Law Media, the publisher of the New Jersey Law Journal. He frequently lecturers on topics of elder law to the general public and professionals.

¹ These awards have not been approved by the New Jersey Supreme Court. Martindale-Hubbell is owned by LexisNexis, a division of Reed Elsevier, Inc. For a description of the methodology used in its review system, visit the Martindale-Hubbell website. The NJ NAELA award is based upon a vote by members of the NJ NAELA chapter. The methodology for making a Super Lawyer Award can be found on their website.